Over the years, we are using and consuming food colors. Food coloring has become like a part of our lives, our everyday diet somehow contains even a little amount of coloring, even if there is no need for it.

We are eating and drinking things that contain artificial colors without even knowing it. Here are a few examples of the regular meals that contain food dyes for sure. Oatmeals, cereals, popcorns, pickles, protein bars, salad dressings yogurt and canned fruits. These are the things that are included in our regular diet.

There are many reasons for using food colors, like to make the meal attractive, appetizing, appealing and informative. And the biggest consumers of food dyes are children because even at the mealtime they want something interesting.

These food colors are mostly used in kids’ foods, like candies, popsicles, snacks, drinks, and cereals.

But did you know that food color can be harmful to your children? Or it might be just some kind of speculation. To know whether food coloring is dangerous or not, must give this article a detailed review. It might be some of your help.

What effect does food color have on your baby?

It is not clear whether food colors are harmful to the baby’s health, but some pieces of evidence and a few researches alert us against it.

Let’s have a look at what people and studies say about food colors.

May Cause Hyperactivity in Children

Some researches made back in 1973 on children by some pediatrics claimed that the artificial sweeteners and artificial food dyes are responsible for hyperactivity and learning problems in children to which many parents agreed too.

According to the parents of those children, when they took a break in giving their children meals with artificial in it, a small change was found in their behavior and the level of their hyperactivity decreased and their learning abilities were much appreciating.

They say that before this experiment, their children were fidgeting, constantly moving, talking too much, were finding difficulty in reading and learning. some studies were made in recent years, but their results distinguished a little bit from each other.

Some suggested that there was no strong evidence to show that the food colors have any relationship with the behavior of children, so it can’t be dangerous. While according to others, food coloring may cause hyperactivity in children of a certain age i.e. from 3 years to 8 years.

As the results were different, therefore it is difficult to determine which is correct and which is incorrect. However, it was concluded that it might be possible that the changes vary from child to child. So, a parent should ask the doctor before adding food colors to the meal.

Can be a Cause of Common Allergies in Kids

Many recent studies have found out that the most common artificial dyes red 40, Yellow 5 and 6 are responsible to cause allergies in children. Many parents reported that there is a possible connection between their children’s food coloring and eczema, hives, and asthma.

Researches made on food coloring strongly suggested that the food dye yellow 5 also known as tartrazine is the cause of hives and asthma symptoms. Although these allergies are not life-threatening, but it is better that we remove the artificial dyes from our children’s food and if possible, from our own meal too.

Some Colors May Cause Cancer and Tumors

Researches made on food dyes including blue 1, red 40, and yellow 6 proved that they cannot be the cause of cancer and tumors as there was no evidence found against them and they were permitted to use in the food products.

But later removed the ban and approved them because these studies were made on animals like rats and rabbits, and there was also no stronger evidence that could suggest that the cancer was caused by the dyes or some other chemical. therefore, it was not that authentic.

However, by keeping in mind that it might cause cancer in animals there is a possibility that it can cause it in humans too, we should be careful while using them and try to avoid them as much as we could.

Some hypotheses made on the genetic disorders included that it might be possible when a pregnant woman is consuming meals and snacks with too much food color, it may affect the baby causing some genetic disorders in him like chromosomal disorder which is an abnormal number of chromosomes.

Still, it is only a hypothesis and there is no strong evidence supporting it, so it shouldn’t be
concluded that food colors can cause abnormalities in the fetus.

As there is no conclusive evidence on the basis of which we can say whether a synthetic food color is safe for babies or not. So, even if it’s not much danger, it is better to avoid artificial colors. But as most of the artificial colors are made up of vegetable oils, so it is no harm in consuming them, but they should not be added in the everyday meal of your baby.

As most of the meal and snacks, we take like chocolates, chips, candies, cookies, and French fries already contains food dyes, so we can’t completely shut our eyes from them, but we can limit their consumption.

When it comes to babies and toddlers, we all know that they are more sensitive than their adults and get the diseases more rapidly and more easily, therefore we should always be careful about everything with them.

Especially when it is about feeding them because most of the diseases find their way through the mouth. And when we are giving them something that is completely artificial, we should always give it a second thought for sure. 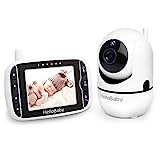 Baby Monitor with Remote Pan-Tilt-Zoom Camera and 3.2''...
Buy on Amazon
Bestseller No. 2 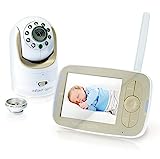